Do you work in the press or media?

The information on this page is intended for journalists, press and media. Click YES to get to the newsroom. If you click NO you will come back to Mynewsdesk.com.

No Yes
Can practical exercises in a virtual world improve safety? In "Electri City", professionals will get practical training using VR glasses. ill: Trainor AS

Developing training methods for the future

-I forgot to close the gate! It was not entirely according to the regulations ..! Andreas Denk, HSE Manager Veidekke Construction Region Northwest, passes the VR glasses to his colleague, following a review in Trainor's VR studio. The training company is in the process of testing and developing future learning methods. 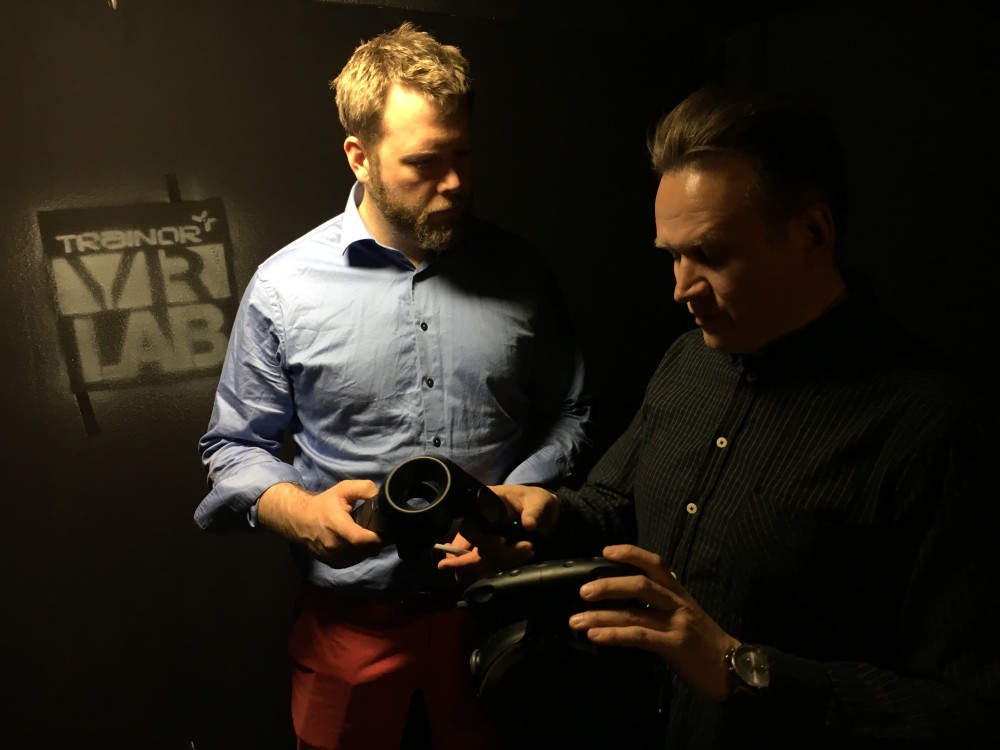 Andreas Denk in Veidekke (left) and Kåre Vegar Sund from Trainor believe the potential for VR training is great. Photo: Trainor AS

"Of course, most people think it's fun with VR, but it's first and foremost the learning effect and practicality we are looking for," explains Kåre Vegar Sund, Creative Director of Trainor. He gives instructions as,Trainor has, for the first time, invited customers into 'Electri City', the virtual world which they have developed to recreate events and scenarios for electrical safety training. "With Electri City, we have already done a lot to create recognisability to different work scenarios and situations," he explains. "Now we will find out what practical exercises will best suit our target groups. VR will in many cases be more intuitive and engaging to the course participants as we simulate how it will be experienced in reality, but in a safe environment. We work hard to maximise the effect of sensory means such as audio, 3D-graphics and interaction. Our goal is for you to forget about the technology you've put on when you enter Electri City, that's the only way you'll get a realistic training that will prepare you better when you go to work again.

Andreas picks up a first aid kit in Electri City. "It's not dated properly," Andreas says. He makes a sudden handshake and throws it away. - Haha, I can throw it! His colleagues observe his movements in the room, and how his actions appear on the screen in front of them. "We clearly see that it has potential," Andreas says. He is thinking about for instance scenario training where an unwanted event occurs and employees must assess the situation and act accordingly. 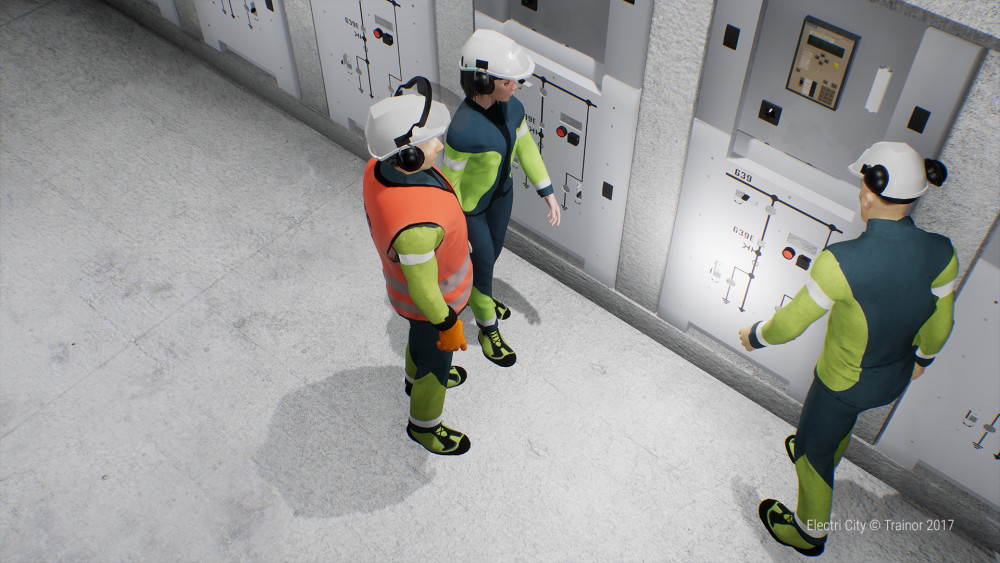 Wants input from the industry

Trainor has built a VR lab in Tønsberg, Norway, where they test and develop their own software based on industry-leading gaming technology. With the support of 'Skattefunn' / Innovation Norway, they are fully optimizing user interfaces, interaction and realistic scenarios for VR training."We have a bunch of ideas we want to test on our own courses, but we also want input from the industry on how they would like to use this technology," says Kåre.

Trainor is an international specialist company offering training, consultancy services and hire of qualified personnel within the areas of electrical safety, automation and processes within the oil and gas sector.

The third annual ATEX & IECEx Seminar coming up in August

For more than 30 years we have trained professionals domestically and abroad, offshore and onshore.
And we were among the very first players in the market when we launched our first e-learning course in 1996. Since then, traditional and digital education have gone hand in hand, and we have developed digital training solutions that meet the needs of a broad energy industry.

We work closely with authorities and industry organizations to ensure the safety of the individual workplace, and take pride in delivering courses which are always professionally updated and well communicated in a user-friendly platform. Always committed to safety.